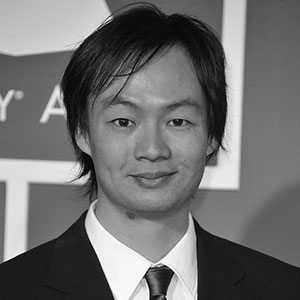 Christopher Tin is a two-time Grammy winning composer of video game, film, television, and concert music. He made history with his choral song “Baba Yetu,” winning the first Grammy ever awarded to a piece of music written for a video game (Civilization IV)—then made history again by winning the last given Best Classical Crossover Album for his Calling All Dawns song cycle. Tin followed that album up in 2014 with another song cycle of world music, The Drop That Contained the Sea, which debuted at number one on the classical charts.

His original score contributed to the gravity of the documentary Witnesses to a Secret War, and to the hellish fantasy of the film Dante’s Inferno: An Animated Epic. He has composed additional music and orchestrated for animated films (Shark Bait, Hoodwinked Too! Hood vs. Evil) and blockbusters alike (X-2). His compositions can be heard on any given day around the world as the startup sound for Microsoft’s Surface operating system and as a demo song on GarageBand. His music has been performed everywhere from high school auditoriums to Carnegie Hall. Tin’s work can be found in Middlemarch Film’s The Lost Bird Project directed by Deborah Dickson, LETV Pictures’ Suddenly Seventeen directed by Mo Zhang, and Boondogle Films’ Tess directed by Meg Rickards. He also produced and arranged the opening number of the hit Warner Brothers film Crazy Rich Asians, “Waiting for Your Return.”

Tin grew up in northern California, and in college became fascinated with the musical sounds and languages of different cultures (while also absorbing the thematic power of ’70s concept albums). He studied music at Stanford, Oxford, and the Royal College of Music in London, and now lives and works in Santa Monica, where he serves as a Governor of the LA Chapter of the Recording Academy. With his unique fusion of accessible classical, world, and electronic sounds, Tin has emerged as an unparalleled and highly sought-after composer in the arenas of both media and live performance.

“I think there is very much a sense of drama that I put into my pieces,” says Tin. “I tend to emphasize a certain accessibility of melody, a sort of catchiness, a hummability. I really believe in going for it, emotionally—I don’t really believe in holding back. If I want to make a big moment, I really go for it, and I think people respond to that.”