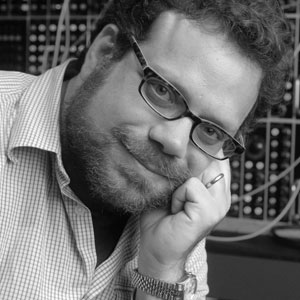 Christophe Beck is behind the score to the Golden Globe®- and Oscar®-winning film Frozen. The Frozen soundtrack certified Platinum 11 weeks after its release, selling more than 1 million copies, and spent five non-consecutive weeks at No. 1 on the Billboard 200 album chart.  Beck’s other work includes the blockbuster Hangover trilogy, Due Date, Date Night and Pitch Perfect. He staged the drama for such films as We Are Marshall, Percy Jackson & The Olympians: The Lightning Thief, Under the Tuscan Sun, and indie films Phoebe in Wonderland, Saved!, and the award-winning documentary Waiting for Superman.

The Canadian composer began playing piano at the age of five, studied music at Yale and attended the USC film scoring program under the tutelage of composers like Jerry Goldsmith. He started composing in television at the personal recommendation of Disney music legend Buddy Baker, and was soon writing for the hit series Buffy the Vampire Slayer, earning an Emmy® Award.