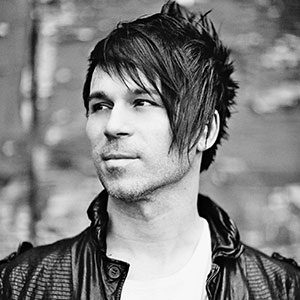 Credited as the creator of “trance,” BT’s musical journey started in the classical realm in his hometown of Rockville, Maryland, then in school at Berklee. He became an innovator in the world of electronic music, leading him to produce and collaborate with the likes of NSync, Britney Spears, Peter Gabriel, and Tori Amos. He made his film debut as a composer with the crime thriller Go. BT says that his career, in a way, has been to disprove a theory teacher who claimed there would never be anything new in music. “In a way,” he says, “I am more of an explorer than a composer.”