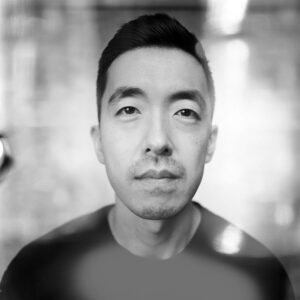 Brian H. Kim is a composer, multi-instrumentalist, and song producer based in Los Angeles, CA. His wildly eclectic background has led to a compositional style that fuses and bends genre, combining an experimental approach with an obsessiveness borne of conservatory training.

Brian’s unique approach has led to an incredibly diverse slate of projects. The score to his most recent project, the visceral Amazon drama Panic, starring Olivia Welch and Mike Faist, is an evolution of the electronic work you can hear on his scores to Disney animation’s Emmy-winning Star vs. the Forces of Evil, created by Daron Nefcy and starring Eden Sher, and HBO Max’s Search Party, produced by Michael Showalter and starring Alia Shawkat. His sense of timing and unique orchestration can be heard on his scores to the films Hello, My Name Is Doris, directed by Michael Showalter and starring Sally Field, and G.B.F., directed by Darren Stein.

Brian also scored the TV series BH90210, the reboot of the beloved 90s cultural phenomenon, and Abby’s, the Natalie Morales-led comedy from celebrated producer Mike Schur. Brian provided the score for the documentary Requiem for a Running Back, which brings to light startling revelations about chronic head injuries in the NFL, and the indie biopic Adam, starring Aaron Paul and Jeff Daniels.

As a song producer and music director, Brian helped create and direct many memorable musical numbers for the hit show How I Met Your Mother, including the show’s Emmy-nominated 100th episode. Brian produced the soundtrack for the a cappella themed episode of Bones featuring the multi-platinum group Pentatonix, and special song performances on Web Therapy and Greek.

As a multi-instrumentalist and singer, Brian has recorded with artists such as Adele, Lin-Manuel Miranda, Patrick Stump, and Boyz II Men, and has performed in more than two dozen countries around the world.