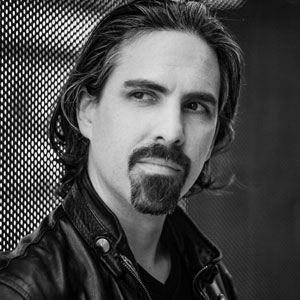 Bear McCreary has proven himself one of the most versatile and in-demand composers in the industry today. McCreary collaborates closely with producer J.J. Abrams having scored the Paramount Pictures and Bad Robot hit film 10 Cloverfield Lane as well as the recently released Netflix feature, The Cloverfield Paradox. He scored select episodes of Phillip K. Dick’s Electric Dreams on Amazon and the Netflix hit series Black Mirror. Bear is currently scoring AMC’s global phenomenon The Walking Dead, as well as Joss Whedon and ABC’s hit series, Marvel’s Agents of S.H.I.E.L.D..

Never content to work only in a darkened studio, McCreary has always enjoyed performing in concert. He has conducted performances of his music throughout North America and Europe, appearing at Fimucité in Tenerife, and the International Film Music Festival in Úbeda, Spain. He has composed concert commissions for the Calder Quartet and Getty Center, the Hagen Philharmonic and Ballet in Germany, the Television Academy, and the Golden State Pops Orchestra. In July 2014, Maestro Gustavo Dudamel conducted a suite of McCreary’s music with the L.A. Philharmonic and L.A. Master Chorale at the Hollywood Bowl.