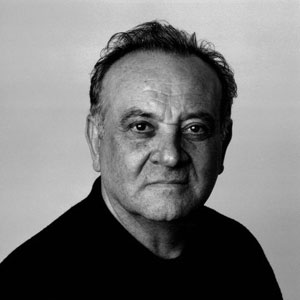 At the top of Angelo Badalamenti’s impressive pedigree is his role as the voice of David Lynch, providing the musical counterpart to many of the filmmaker’s dark and wonderful projects—from Blue Velvet to the cult television show Twin Peaks (for which he earned a Grammy Award and an Emmy nomination), from Mulholland Drive (Golden Globe, AFI Film Award, and BAFTA Film Award nominations) to The Straight Story (Golden Globe nomination).  He most recently scored A Late Quartet with Phillip Seymour Hoffman, Christopher Walken and Catherine Keener as well as Stalingrad directed by Fedor Bondarchuk.

A native of Brooklyn with classical training, Badalamenti launched his composing career as an orchestrator and songwriter for popular artists as diverse as Michael Jackson, David Bowie, Julee Cruise, and Dolores O’Riordan. It was in this capacity that he first teamed up with Lynch, easily transitioning into the director’s permanent composer. His soundtrack album for Twin Peaks went gold in 25 countries and earned multiple awards (the composer says that the show’s music “defines the Angelo Badalamenti sound. That’s a snapshot of me, and I love it.”). His scoring chops know no genre bounds, providing music for films that include Christmas Vacation, Wild at Heart, The City of Lost Children, The Beach, Secretary, A Very Long Engagement, The Wicker Man, A Butterfly Kiss, Stalingrad, A Woman, and the theme for Inside the Actor’s Studio. Most recently, Badalamenti’s work can be found in Strange Quark Films’ Wonderwell directed by Vlad Marsavin.

In 2005 he was named the Soundtrack Composer of the Year at the World Soundtrack Awards, and in 2008 he received the Lifetime Achievement Award.  In 2011 he has also received ASCAP’s Henry Mancini Award for Career Achievement. His evocative music makes strange films even stranger, dark films even darker, and warm films even warmer. He has an uncanny knack for setting a mood, both within a film and without.