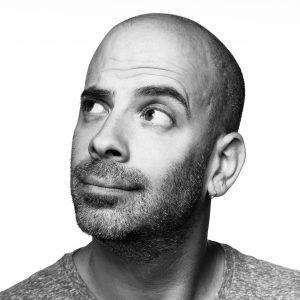 Adam Dorn is a composer, record producer and performing artist who goes by the moniker ‘Mocean Worker’. Adam’s recent film scores include the Showtime series Enemies: The President, Justice, & The FBI and the Sundance hit Robin Williams: Come Inside My Mind for director Marina Zenovich. The two also collaborated on the documentary Richard Pryor: Omit the Logic for Showtime. Dorn also scored the HBO Emmy-winning 911 documentary called Telling Nicholas. His television work includes scoring the 6 part Emmy-winning docu-series The Weight of The Nation for HBO as well as the hit comedy series Nobodies for Melissa McCarthy and Ben Falcone, now in its second season. Dorn also wrote the score to season three of the hit podcast, Serial from the creators of This American Life.

Dorn has contributed additional music for hit series such as Six Feet Under, Better Call Saul and Outcast. His tracks can been heard in shows such as CSI: Las Vegas, The Sopranos, Sex and The City, The O.C., Ugly Betty and in films, Alex Gibney’s Client 9, Who Killed The Electric Car, Mr. and Mrs. Smith, The Bourne Supremacy, 13 Going on 30, The Devil Wears Prada and many others. Adam’s other scores include music for the action/thrillers Kickboxer: Vengeance and Kickboxer: Retaliation.

Adam is the son of renowned jazz & R&B record producer Joel Dorn, known for his work with Roberta Flack, Max Roach, Bette Midler and many others. Adam has collaborated with dozens of recording artists himself including Marcus Miller, The Manhattan Transfer, Luther Vandross, John Cale, U2, Laurie Anderson, Sting, Lou Reed and Miles Davis. Adam started working professionally in recording studios at the age of 15 and has spent the last 30 plus years producing albums, recording albums under the name Mocean Worker and scoring films in a very wide range of styles.