Kraft-Engel Management is one of the world’s leading agencies specializing in the representation of composers, songwriters and music supervisors for film, TV, new media and theatre. 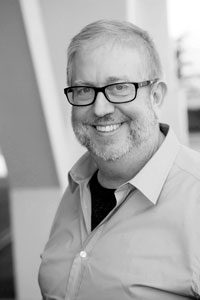 Richard Kraft is the co-owner of Kraft-Engel Management, one of the world’s leading agencies specializing in representing film, theatre, television and video game composers, songwriters and music supervisors. Kraft-Engel clients have been nominated for 77 Academy Awards and have won 17 Academy Awards.

Richard and his partner Laura Engel are also the producers of stage productions and live film music concert experiences including Danny Elfman’s Music From The Films of Tim Burton which had its premiere at Royal Albert Hall and has toured around the world.  Richard and Laura produced the Emmy Award-winning PBS broadcast Live From Lincoln Center – Danny Elfman’s Music From the Films of Tim Burton and Disney’s Tim Burton’s The Nightmare Before Christmas Live in Concert at the Hollywood Bowl which ran at the Bowl for three years starring Danny Elfman, Catherine O’Hara, Ken Page, and Paul Reubens. Additionally, they executive produced the historic Danny Elfman & Tim Burton 25th Anniversary Music Box which received a Grammy nomination.

Prior to starting his own company in 1991, Richard was an agent at ICM and started his career working with several of his musical heroes such as Jerry Goldsmith, Elmer Bernstein and Henry Mancini. Kraft once ran Varese Sarabande Records where he executive produced over 150 soundtrack albums. His award-winning feature-length documentary, Finding Kraftland played at over 75 film festivals around the world. He is also an über-Disney fan whose That’s From Disneyland! exhibit and auction garnered great attention and money for charity. 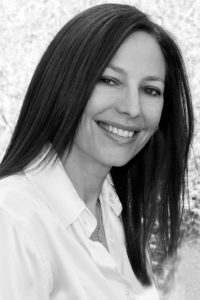 Laura Engel is co-owner of Kraft-Engel Management, one of the world’s leading representatives of film, television and theatre composers, songwriters and music supervisors.

Over the years, Laura’s clients have garnered some of the most prestigious honors in the entertainment business; from Oscars, Golden Globes, Emmys to BAFTAs and Grammys. Engel’s clientele has earned overwhelming acclaim in recent years and the trend continued in 2018 with Alexandre Desplat’s second Oscar win for his score to the Guillermo Del Toro film The Shape of Water. Desplat also won the Golden Globe and BAFTA for Best Original Score. In 2015, Desplat won the Oscar, BAFTA and Grammy for Best Score for The Grand Budapest Hotel.

In 2011, Engel was honored by Variety as one of the year’s “50 Most Impactful Women in Showbiz.” Engel was also featured in Variety’s 2014 edition of “Executive Lair,” an article elegantly showcasing her unique Los Angeles office.

Engel also co-produced the live orchestra concerts, Danny Elfman’s Music From the Films of Tim Burton. The shows have been a massive success with sold-out performances in cities all over the world. The world premier was in Oct 2013 at London’s Royal Albert Hall and the show has been performed over 40 concerts in over 13 countries including a 3 night run at Los Angeles’ Nokia Theatre and at New York’s Lincoln Center Arts Festival in July 2015.

Prior to joining partner Richard Kraft in 1997, Engel owned and operated Engel Entertainment where she managed bands and recording artists including Oingo Boingo, Katey Sagal, Craig Chaquio and Danny Elfman.

Engel is an avid supporter of the Scleroderma Research Foundation and Education Through Music – Los Angeles. 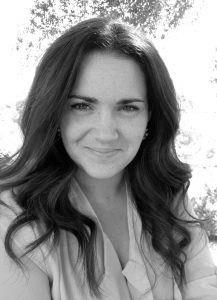 Sarah Kovacs is an agent at Kraft-Engel Management—one of the world’s leading agencies specializing in representing film, theatre, television and interactive composers. In addition to film, she represents composers for an exploding field that includes video games, web-based original series and television. She has been an active force and witness to the mass acceptance of video game music by the recording industry: her client Austin Wintory (Journey, Abzu, The Banner Saga, Assassin’s Creed Syndicate) was the first game composer nominated for a Grammy in the “best score” category previously reserved for film and television, and her client Christopher Tin (Calling All Dawns, The Drop That Contained the Sea, Off World Trading Co.) won the first Grammy awarded for a song written for a video game (“Baba Yetu” for Civilization IV). Kovacs also represents BAFTA-winning composer Garry Schyman (BioShock Trilogy), BAFTA-nominated composer Joel Corelitz (The Unfinished Swan, Hohokum, The Tomorrow Children, Gorogoa), Garth Stevenson (Chappaquiddick, Tracks, Ten Thousand Saints), Jake Monaco (Dumplin’, Keeping Up With The Joneses, Absolutely Fabulous: The Movie, Let’s Be Cops), Emmy-nominated composer David Schwartz (Arrested Development, Deadwood, The Good Place, Lady Dynamite) and Grammy-winning composer Mateo Messina (Juno, Butter, Angriest Man In Brooklyn, Casual, Blockers, Little Italy), Amelia Warner (Mary Shelley) and others. Kovacs has been an integral team member at Kraft-Engel since 2009, cultivating relationships with composers, producers, and industry professionals. She attended Berklee College of Music with a major in Music Business Management, where she cultivated a passion for discovering and giving exposure to up-and-coming artists. Later she found the perfect home at KEM, where she combines an eagle-eyed business savvy and love of music. “I was drawn to do this because I like taking care of people,” she says. “Composers aren’t always wired to do that for themselves. I like being their advocate. There’s always a way to make something happen—sometimes you just have to get creative.” 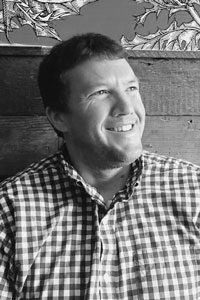 Beloved industry veteran Jeff Jernigan enthusiastically joined the Kraft-Engel Management team in 2016 as an agent representing composing and songwriting talents. He loves the fact that Richard calls him the good will ambassador of media music!

“Composers have always been my family, my colleagues, and my best friends, and I can’t think of a better place to continue my work with them than Kraft-Engel Management,” he says. “I’m extremely excited for this next phase in my career with Laura, Richard, Sarah, and the rest of the KEM team.” 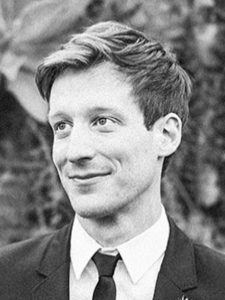 Jonathan Clark has been an integral part of the KEM culture since 2010. After years of working closely under the tutelage of Laura Engel, Jonathan is now establishing himself as a knowledgable and passionate agent for film composers and music supervisors.

Jonathan began his musical journey as a blues-loving twelve-year-old with shoulder length hair and a guitar. After years of performing around the Los Angeles club scene, he quickly shifted his attention to talent discovery working in the A&R department at Rick Rubin’s American Records. From there, Jonathan spent some time learning from the legendary rock manager Bill Siddons, bolstering his interest in talent representation. After graduating from UC Santa Cruz in 2010, Jonathan moved back to Los Angeles where he found a permanent home at Kraft-Engel Management.

In 2017, Jonathan married the love of his life, Emily. Together they are raising a beautiful rescue beagle named Dobby.

With a deeply rooted passion for music and film, Jonathan is thrilled to be taking the next steps in his career with KEM. 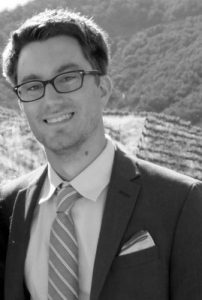 Dan North joined Kraft-Engel Management in 2011. He is proud to have worn many hats throughout his time at the company; from starting at the front desk answering phones, to working as an assistant to Richard Kraft, and now representing his own flourishing roster of composers and songwriters.

Dan is also an integral part of Kraft-Engel Productions, working on the production of their live film music concerts at the Hollywood Bowl including Disney’s The Little Mermaid, Disney’s Beauty and the Beast, Disney’s Tim Burton’s The Nightmare Before Christmas, and La La Land in Concert. He was also the associate producer of Willy Wonka and the Chocolate Factory at The Hollywood Bowl.

Dan’s musical background includes dabbling in bass guitar and trombone but he finds that he’s much better suited at representing musicians than trying to be one.